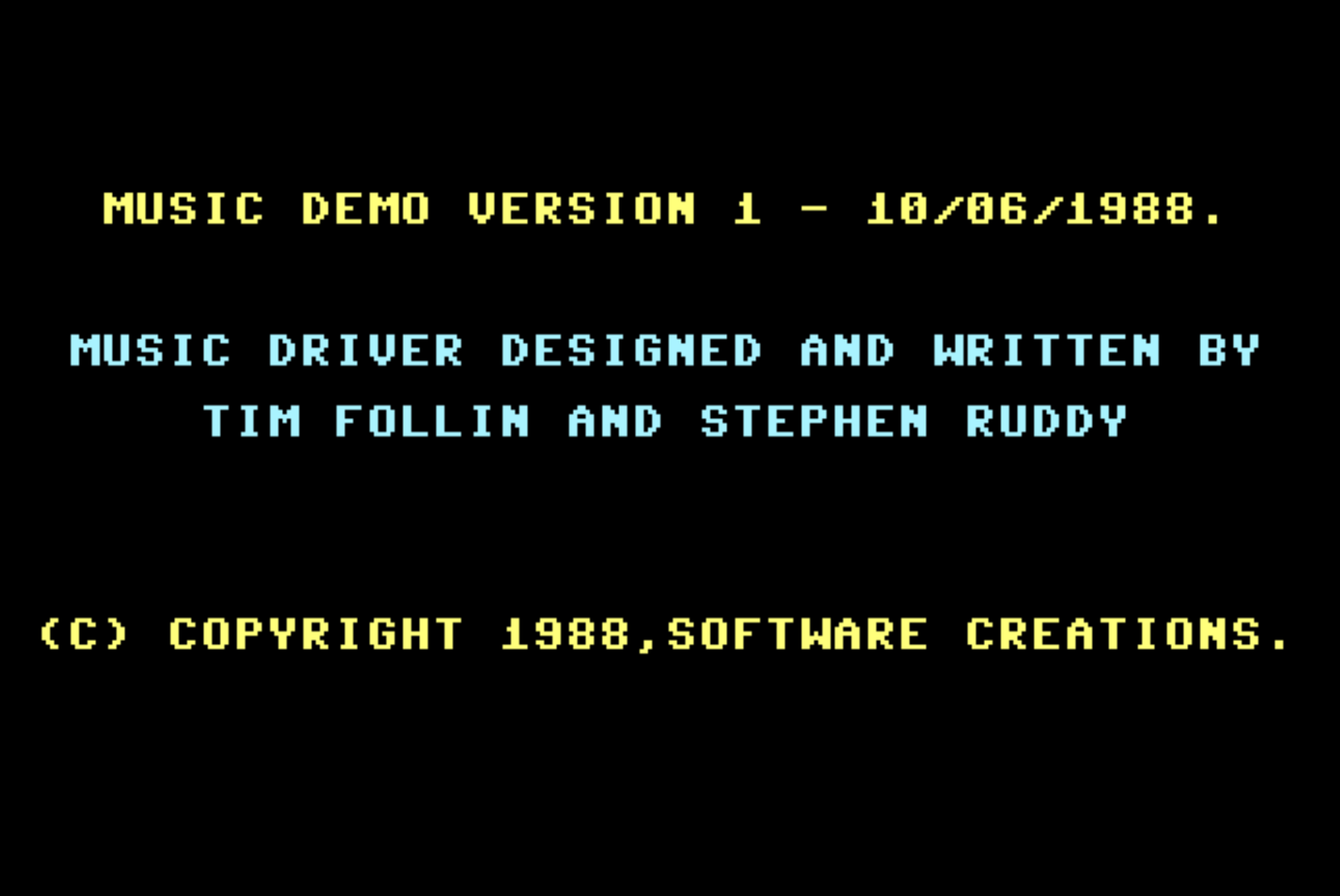 Recorded output from a real Commodore 64, SID 6581.
A demo disk with Tim Follin's music, created by Software Creations in June 1988. While mostly music released with other titles, there are some interesting things here. Firstly, the music featured in Psycho Pigs UXB is here under the header Pigs & Bombers which was the working title for that game. Second, the game music for that game here is based on Yakety Sax, the Benny Hill theme. This is different from what ended up in the game, which was a version of the music from the arcade game. Also, the bonus level song is missing.
The Odds n Ends songs seems to mostly consist of unfinished, work in progress tracks. None of these were used or released in other productions and are unique to this release.